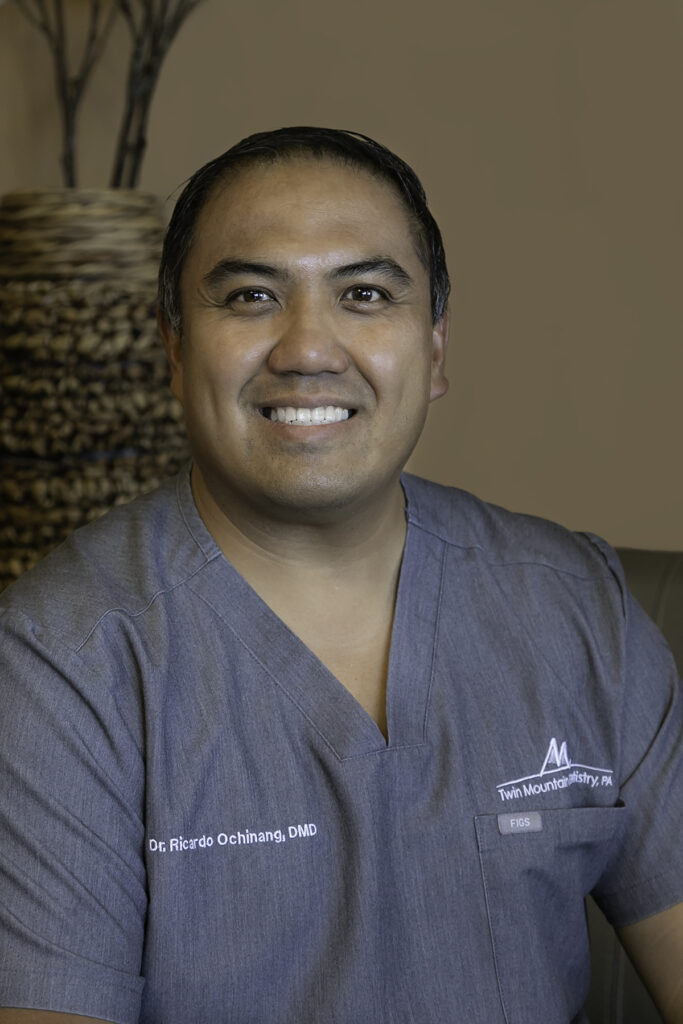 Dr. Ochinang married the love of his life and San Angelo native Brandi Albarado at the Cathedral Church of the Sacred Heart. They first met while being stationed at Keesler Air Force Base, and after a period of geographic separation, the two reunited on St. Patrick’s Day in San Angelo. The two are happily married with three children, Kaleigh, Ramero, and Amarah. Their family are active members of the Cathedral Church of the Sacred Heart.

Consistently striving for dental excellence, Dr. Ochinang has accrued over 1000 hours of continuing education, attending a number of military and civilian dental courses. In 2017, he initiated an intensive one-year training program, the TexMAX Implant MaxiCourse, which is accredited by the prestigious American Academy of Implant Dentistry, furthering his education in implant surgery. Simultaneously, he is also completing a comprehensive min-residency with the Dawson Institute for Advanced Dental Studies gaining further mastery in disorders of the TMJ, worn dentitions, and unbalanced bites.